For a country known for its potatoes, Germany sure has some really fresh produce (even if at this time of year, the produce is coming in from Spain). One thing you will get fresh and locally grown are apples this time of year. And potatoes.

The farmers market in Tubingen is really close to where I stay and so I make it a point to go there at least once a week. They are up and running from 7 am to 1 pm on Mondays/Wednesday/Fridays. I did buy a couple of sausages at a convinience store the other day and ate just a quarter of one, and meat just doesnt agree with me anymore - feels alien after not having had it for so long! I gave the remains to a colleague, who will in turn get me some Glühwein and Sauerkraut tommorow. I'm also feeling a bit constipated - and I think it's because of that low-calorie sugar replacer pellets we have at our place - the honey's over and there is no regular sugar. So, I just had to get some honey from the farmers market today to see if that makes a difference! 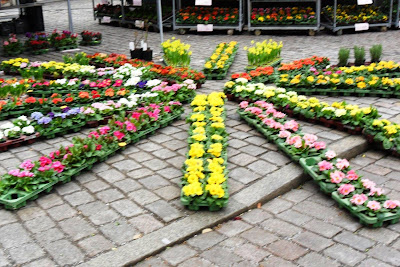 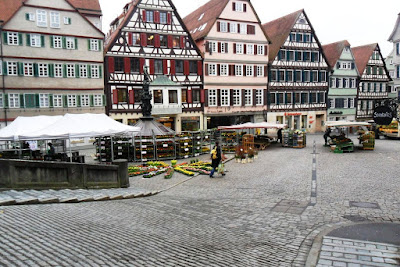 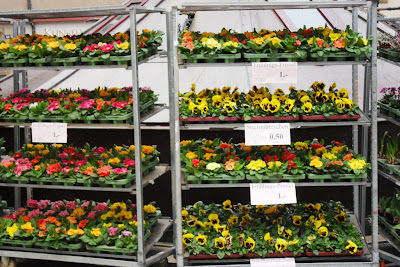 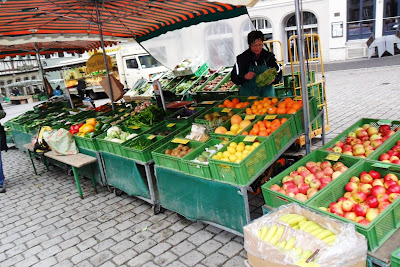 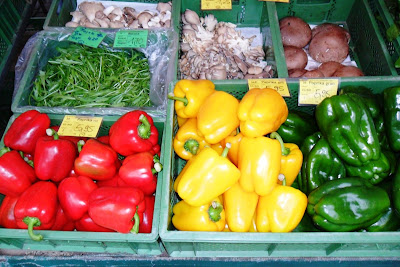 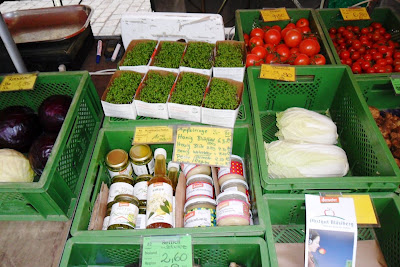 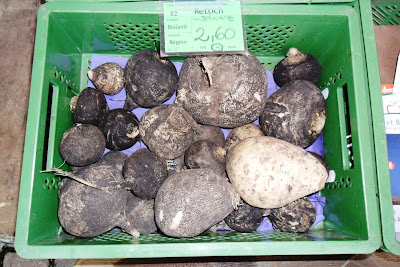 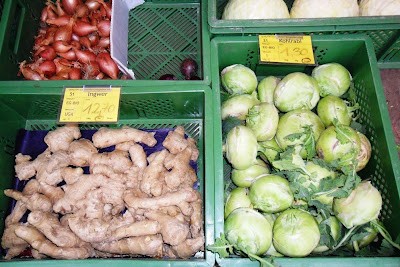 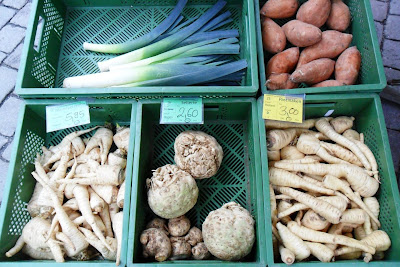 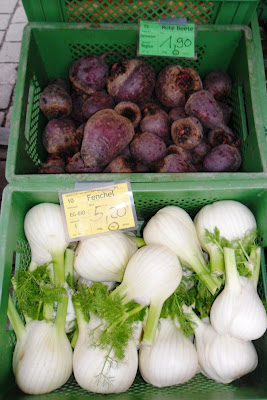 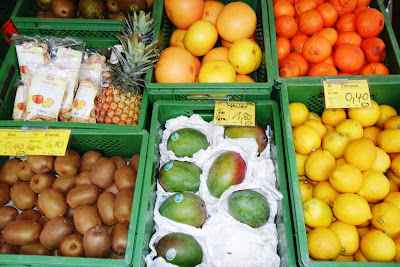 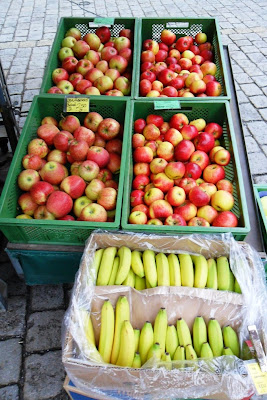 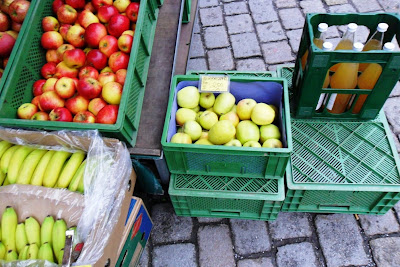 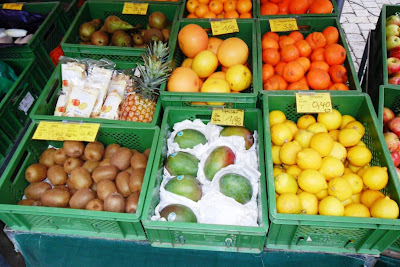 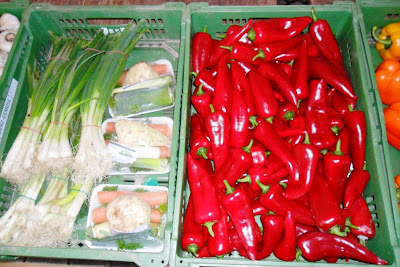 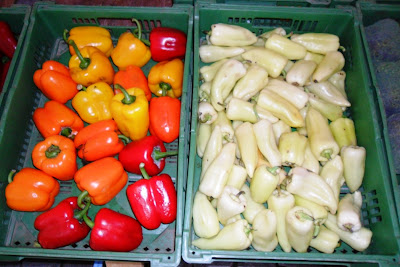 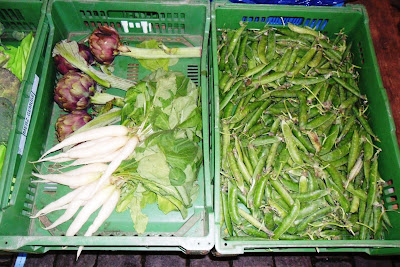 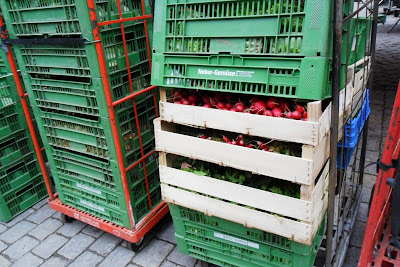 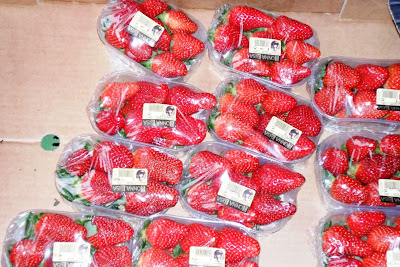 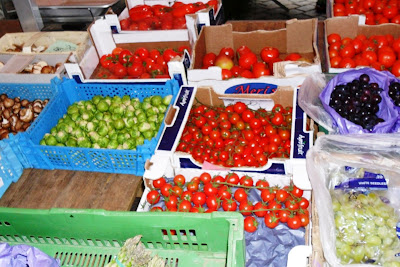 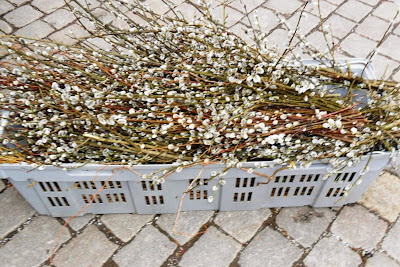 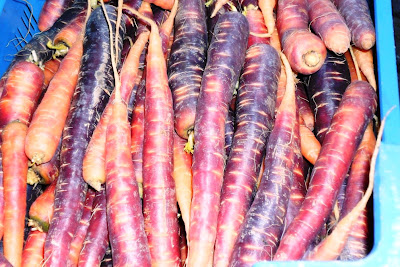 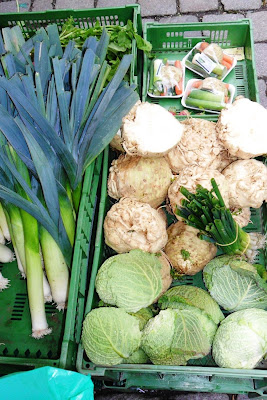 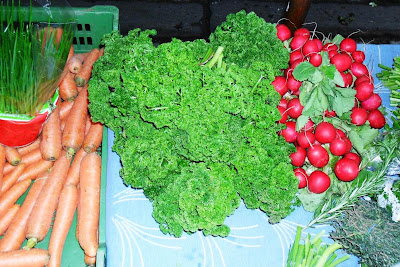 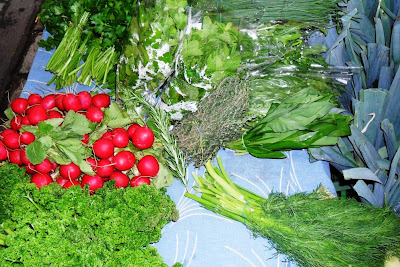 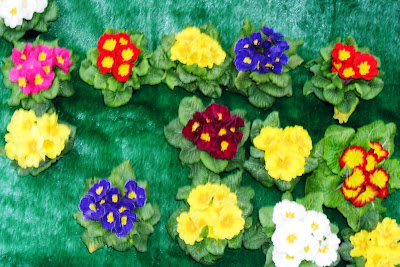 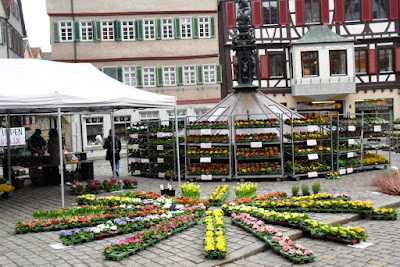 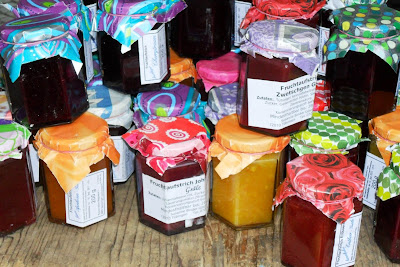 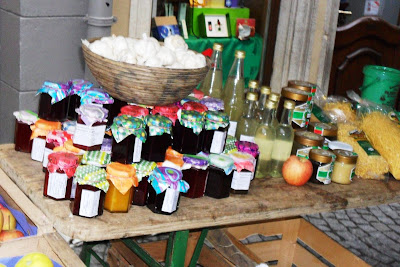 Got myself some apricot jam, honey, yellow and red bell peppers and some salad leaves (don't know the name!). But was so impressed with the variety and freshness of the produce. Its got the Mumbai farmers market beat hands down. 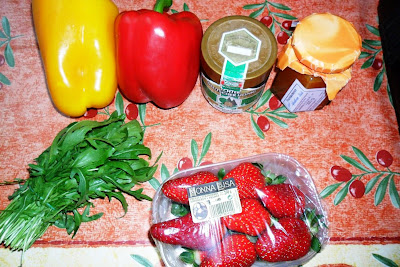 lol, yeah they are some big assed strawberries from Spain!

Everything looks so vibrant and fresh. It'd be hard not to buy lots of goodies.

A lovely market! It is one of the cleanest that I have ever seen!

Mmm I love going to farmer's markets! I always stock up! The buildings in the background of some of your pictures look beautiful too - Germany is next on my list of places to visit!

what a beautiful square to have a farmer's market! it's so idyllic and dreamy. i'm a bit jealous actually ;)

for some reason, i thought you were in Mumbai. how are you liking Germany?

so beautiful! If only I could wake up early one weekend and go visit the farmers market. They shouldn't close by afternoon you know!!

I love love love farmers markets! And I love visiting them when I travel! Your pictures are awesome!

Love your post. It is pleasure to look at the different market photos from all around the world. Everything is so clean and nicely organized. Remember when I visited market in Vienna....few years in a back...lovely memories.

AHA! Great to hear you're having fun on your travels. Sounds wonderful. Colourful market and particularly love the voilet carrots!

Your pictures brought back such good memories of our time in Weinheim, Germany and their weekly Farmer's Market in the Marktplatz! Thanks for the beautiful pictures!

I love the markets here in Paderborn, so I'm glad to hear that you're enjoying the same thing! The salad leaves you bought are Rucola in German, aka Arugala or Rocket in English. :) Viel Spass beim Einkaufem!

Wow! What beautiful pictures! I feel like I have been to the market with you!

Hello Every One, I am Robbort Bassler From Ohio U.S.A, I quickly want to use this medium to shear a testimony on how God directed me to a Legit and real loan lender who have transformed my life from grass to grace, from being poor to a rich woman who can now boast of a healthy and wealthy life without stress or financial difficulties. After so many months of trying to get a loan on the Internet and was scammed the sum of $9,800 i became so desperate in getting a loan from a legit loan lender on-line who will not add to my pains, then i decided to contact a friend of mine who recently got a loan on-line, we discussed about the issue and to our conclusion she told me about a woman called Mrs Christina Rojas who is the C.E.O of Happiness Loan Firm So i applied for a loan sum of (750,000.00USD) with low interest rate of 3%, so the loan was approved easily without stress and all the preparations where made concerning the loan transfer and in less than two(2) days the loan was deposited into my bank so i want to advice everyone in need of a loan to quickly contact him via: Email: (Happinessloanfirm2478@hotmail.com) he does not know am doing this i pray that God will bless him for the good thing he has done in my life.

Hello Everybody,
My name is Mrs Sharon Sim. I live in Singapore and i am a happy woman today? and i told my self that any lender that rescue my family from our poor situation, i will refer any person that is looking for loan to him, he gave me happiness to me and my family, i was in need of a loan of $250,000.00 to start my life all over as i am a single mother with 3 kids I met this honest and GOD fearing man loan lender that help me with a loan of $250,000.00 SG. Dollar, he is a GOD fearing man, if you are in need of loan and you will pay back the loan please contact him tell him that is Mrs Sharon, that refer you to him. contact Dr Purva Pius, call/whats-App Contact Number +918929509036 via email:(urgentloan22@gmail.com) Thank you.